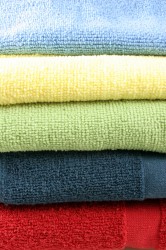 It’s hard to pin point the exact life span of the average bath towel.  It depends on how often they are used, laundered, and dried in between uses.   Multiple washes and not drying them properly can cause two things to happen.

It’s time to replace your towels if one of these two things happen:

1.    Your towels lose their softness and absorbency.  Towels start losing their absorbency and softness after about two to three years, on average.  When you wash and dry your towels, they lose fibers.  Once they lose enough fibers, they aren’t going to be as soft and absorbent.  (If your towels are still pretty thick but have become a bit scruffy, see our tips on How to Soften Your Scruffy Towels.  They can be saved)!

If your towels have lost their thickness, cut them into cleaning rags.  You’ll be recycling something un-useful in to something that can take the place of disposable paper towels.

2.    Your towels are stinky.  Over time towels can develop a musty odor that can’t be erased by washing.  Even after laundering, once they get wet again from drying off after a shower, the musty smell can come back.

You CAN rid your towels of the musty smell so try our guide on How to Freshen Your Smelly Towels.  If after trying this washing method, they still have the mildewy smell, it’s time to toss your towels.  Cutting them up into small cleaning rags won’t be appealing if they’re stinky.

If you don’t have time to try our home remedies, bring them into any of our locations or sign up here to be added to our FREE twice a week pick up and delivery service.  We’ll professionally clean your towels and make them like new again while you’re enjoying summer activities that don’t involve doing laundry. 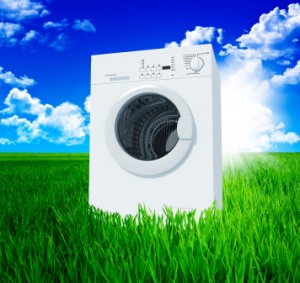