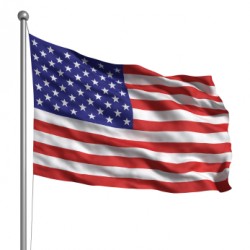 Today is Flag Day and marks the anniversary of when the Continental Congress replaced the British symbols of the Grand Union flag with a new design featuring 13 white stars in a circle on a field of blue and 13 red and white stripes – one for each state.  The now recognized Flag Day became official in August 1949, when President Harry Truman signed the legislation and proclaimed June 14 as Flag Day.  Many people who live in the United States honor this day by displaying the American flag at homes and public buildings.

We see a lot of flags flying today and wanted to share the rules and customs governing the flag’s care as detailed on Emily Post’s website.  Since Emily Post is the expert in all things manners, we’ve quoted the article for you below.

“Care of the Flag

The American flag should always be handled respectfully, and should be
carefully protected in storage and in use so that it won’t be damaged.  Every precaution should be taken to prevent it from becoming soiled, tattered, or torn.  It should not touch the ground, water, or floor.  When handling the flag don’t let it brush against other objects.

If the flag gets wet, it should be smoothed and hung until dry—never roll,
fold, or put it away while still damp. Flags should be dry-cleaned, not washed, and kept in good repair.  It’s fine to trim and repair ragged edges or re-sew stripes that have separated in the wind.

According to the United States Flag Code, Title 4, Chapter 1, “The flag, when it is in such a condition that it is no longer a fitting emblem of display, should be retired and destroyed in a dignified way, preferably by burning.”  Many American Legion Posts provide this service.

Raising and Lowering the Flag

The flag should be unfolded or unfurled and raised briskly; it should be
lowered slowly and solemnly. Always display the flag with the blue union up, aloft and free.  Flying the flag upside down is a distress signal.

American flags are out in force on holidays—especially the Fourth of July, Memorial Day (see above), Flag Day (June 14), and Veterans’ Day (November 11).  It’s proper to fly the flag every day of the year, weather permitting, between sunrise and sunset.  It may also be flown at night as part of a patriotic display as long as it is illuminated. Customarily the flag is not flown in inclement
weather unless it is made of all-weather material”.

There are many particulars on how the flag should be flown and how it should be placed depending on if it’s flown from a home, a boat, a street, a place of worship, etc.  See Emily Post’s article in full for those details as well as details on how one should conduct himself/herself in the presence of the American Flag.

Remember, year round Classic Cleaners will clean your American Flag for FREE.  So when it looks a little weathered, let us help you continue to display your patriotism with a fresh, crisp, clean, flag . 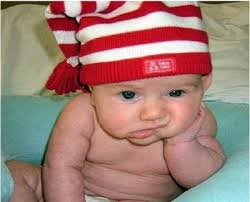 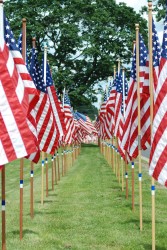 When it’s OKAY to Burn the American Flag