The Holidays are a time to come together with friends and family and it’s a great time to have a little fun.

Here are a few games that can be appropriate for all ages and add a little spunk into your typical gathering.

Ask guests to guess the total number of ornaments on the tree as they come into the party.  The closest guess wins.

Each person names their three worst Christmas gifts; two would be true and one would be false.  This is a great ice breaker!

Each guest gets a necklace (can be a beaded necklace or you can make one using an ornament and twine) to wear.  Choose a word that your guests CANNOT say throughout the entire party.  We chose the word “drink” and any form of that word (drank, drinking, drunk, etc.).

Whenever a guest catches another guest saying that word, he/she gets to take their necklace.  If the person who said the word has more than one necklace on, the individual who caught them gets ALL of the necklaces.  It gets really fun as the party goes on and some guests forget to be guarded about saying the word(s).  Whoever has the most necklaces at the end of the party wins!

This game would work well for families and friends who know each other rather well.

Ask each person to bring a wrapped gift for himself/herself and $1 to donate to the pot.  Mix all the gifts up and pass them out.  Everyone opens a gift then must guess who bought it.  Have a list of everyone at the party so people can write down their guesses.  Whoever has the most correct guesses wins the pot.

Make a list of lyrics from songs but only provide 3-4 words from each song (not the title).  The person who names the most songs in a certain amount of time wins.

Put Christmas items on a tray and give people one minute to memorize the items.  Take the tray away and have them write as many down as they can remember in 30 seconds (or more – whatever you decide depending on how many items you have).

This game is kid centered because they will be the ones that get the most kick out of it.  In fact, their giggles will probably clue everyone into what’s happening fairly quickly.

Construct one snowman  – you can make one out of card stock and painters tape attached to the back.  Players try to stick the paper snowman on a person’s back without him/her noticing.  When that person realizes the snowman is on his/her back, he/she has to stick it on someone else’s back.  The goal is to have the snowman visit each person’s back by the end of the day.

Put a small prize (such as a $10 bill) in a small box, tape it well, and gift wrap it. Put the box in a bigger box, wrap that box and put it in another, and so on, wrapping it as many times as you have the boxes and the patience for.

With everyone sitting in a circle, the youngest chooses a number from 1 through 6 and rolls a die, then passes the die to the next player.

The first person to roll the chosen number puts on two oven mitts and tears into the present. The other players continue rolling the die. The next player who rolls the chosen number grabs the mitts and takes over the unwrapping. The person who unwraps the actual box with the prize gets to keep it.

One persona is the caller and calls out a category.  Teams (or individuals) have 3 minutes to list as many things in that category as they can.  Christmas category suggestions:  Decorations, Christmas Carols, Christmas Cookies, signs of Christmas, North Pole, Christmas Food, etc.  After the timer goes off, each team reads their list.  If no one had that on their list, that team scores a point.  Each team in turn reads their list and totals their points for that round.  Winner is the team with the most points after several rounds.

Take a Christmas stocking and put an item in it.  Pass the stocking and without talking, everyone writes the name of the object they think is in the stocking.  Continue with different items each time.  For younger kids, they can tell an adult who writes it down.

Do you play games at your Holiday gatherings?  What are some of your favorites?  We’d love to hear about them so we can add to our list!

Merry Christmas from everyone at Classic Cleaners! 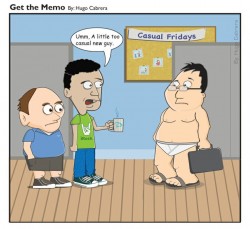 Does It Matter What You Look Like on “Casual Day” at the Office? 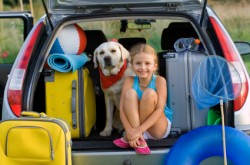 5 Household Things You Must Do Before You Leave for Vacation